11eyes Wiki is an encyclopedia which contains information about everything related to 11eyes visual novel, anime and manga. This wiki allows anyone to edit or improve the articles published. 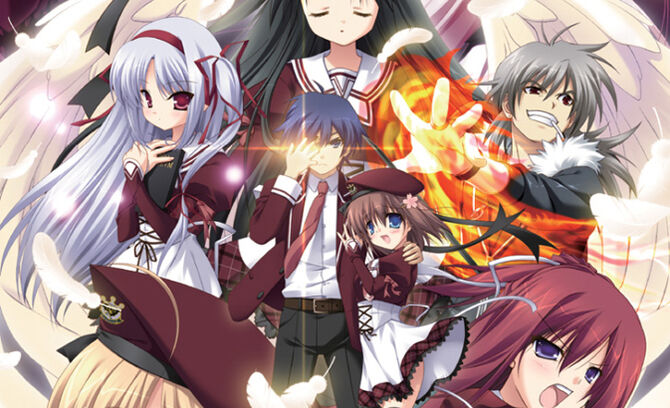 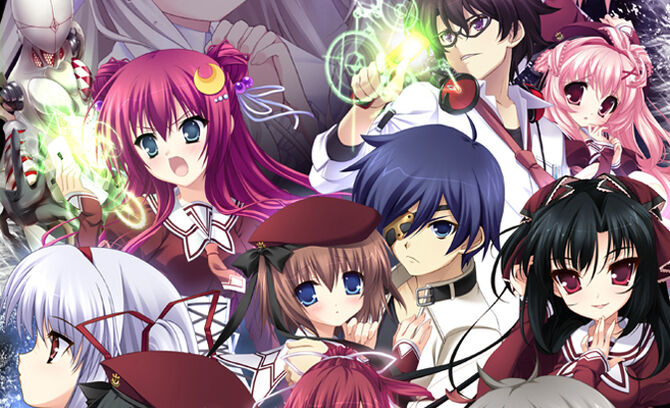 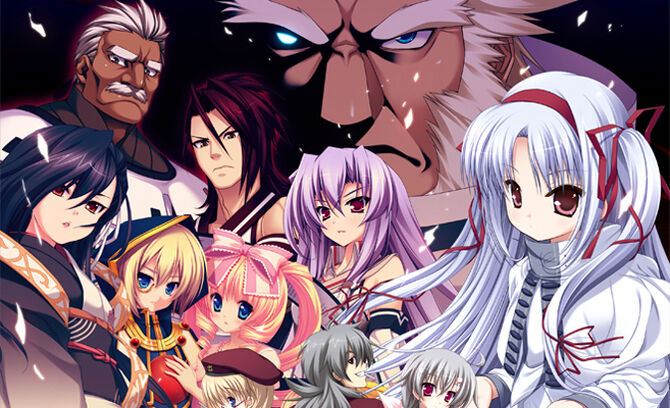 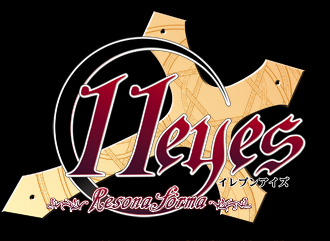 An 11eyes fan disc entitled 11eyes: Resona Forma has been officially announced for release at Fall 2010.

"This power and standing is something I desired myself... I’ll protect you all, so don’t worry. The last of the strongest of the Kusakabe bloodline’s power is in me. I, Kusakabe Misuzu, is holding and fighting everything at her full power, so rest assured." 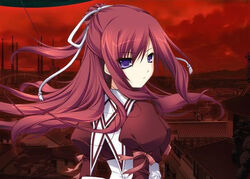 Misuzu Kusakabe (草壁 美鈴 Kusakabe Misuzu) is one of the main protagonist of Sin, Damnation and the Atonement Girl. She is a red-haired Onmyouji from the Kusakabe clan. She is goes to the same school as Yuka Minase and Kakeru Satsuki and is one year older than them.

When Misuzu was younger, she had a grudge against her own father for being indifferent to her and her mother. Therefore, she was determined to get stronger. The possession of the Kusakabe Five Treasures, the immortal shrine of the Kusakabe clan, became her goal. Misuzu succeeded in seizing the swords one by one and around 2002, in a battle to win Doujigiri Yasutsuna, she crippled her father, rendering him unable to wield a sword again (though in Resona Forma he said he could wield Doujigiri Yasutsuna with its powers) . Although Misuzu's victories had given her the right to possess all five swords, members of the Kusakabe couldn't forgive her for what she had done. Hence, Misuzu and her mother was forced to leave the clan and settled in Ayamegaoka. (more...)

The original 11eyes contains sexual related contents. Proceed at your own risk!

DO NOT add disruptive information to the site.

Community content is available under CC-BY-SA unless otherwise noted.
Advertisement